Up to 20% Off between season bits!

Home / What is Blue Light?

What is Blue Light?

Blue light is a visible color of the light spectrum seen by a human eye. Blue light has a shorter wave that adversely affects your vision and length, producing more energy. Blue light is considered harmful because many studies show that blue light can cause eye strain, sleeplessness, fatigue, and headaches.

The blue light wavelengths surround us, and it is found everywhere. You might not have known, but they are why the sky appears blue to us.

Blue light has shorter wavelengths that collide with air particles and cause the blue light to scatter; due to these scattered wavelengths of blue light, our eyes process the sky as blue. It regulates the body’s sleep and wake cycles, also known as circadian rhythms.

Blue light also plays a vital role in boosting your alertness and elevating your moods; it can also increase your reaction time and overall well-being. There are some artificial sources of blue light, including electronic devices and other lighting types.

How can blue light affects your eyes

Blue light affects your eyes in several ways; blue light can easily pass through your cornea and the lens of your eyes to reach the retina. This light can adversely affect your vision and prematurely age your eyes. Research shows that too much exposure to blue light leads to the following problems:

Blue light emitted from digital screens and computer devices can lead to digital eye strain as it decreases the contrast. Symptoms of eyestrain are sore eyes, itching, and difficulty in focusing.

There are some studies according to which exposure to blue light for an extended time can cause severe damage to your retina cells. As a result, you will face several eye-related problems like nearsightedness, farsightedness, astigmatism, age-related macular degeneration, etc.

As discussed earlier, blue light penetrates to Retina, and if you are exposed to blue light for a long time, it can damage the light-sensitive retina of your eyes.

As a result, several changes occur in your eyes that are very similar to those of muscular degeneration, and sometimes it may lead to actual permanent loss.

Many eye care specialists suggest that added blue light exposure from smartphones, computer screens, and other electronic devices can increase your risk of muscular degeneration later in your life; Therefore, we recommend wearing computer glasses as long as you are in front of a computer.

How Does Blue Light Affect Sleep?

According to Dr. Charles Czeisler of Harvard Medical School’s research, daylight keeps a man’s internal clock aligned with the environment.

Another study was conducted at the University of Toronto. Researchers compared the melatonin level of people exposed to blue light indoors and wore blue light blocking glasses with people exposed to regular dim light without wearing any goggles. The results were pretty surprising because both groups had almost the same hormone levels.

It strengthened the hypothesis that true light is a potent suppressor of melatonin; the study also concluded that shift workers and people who stay up late at night could protect themselves if they wear glasses that block the blue light.

Many people think that inexpensive glasses with orange-tinted lenses can block blue light, which is quite true, but the drawback is that they also block other colors, so they cannot be used indoors at night.

If you want to protect yourself from blue light at night, then you have to follow the tips given below:

If you are using a night light, make sure that it is red. There are fewer chances of a shift in Circadian Rhythm and melatonin suppression with a red light.

Make sure to stop looking at bright screens at least 2 to 3 hours before bed.

If you have the night shift at work or use electronic devices frequently at night, consider wearing blue-light-blocking glasses or using applications that filter the blue wavelength at night. During the daytime, make sure to expose yourself to lots of bright light. It will Boost Your ability to sleep at night and promote melatonin production in your body. It also improves your mood and alertness during daylight.

How Can You Protect
Your Eyes From Blue Light?

When you have to use computers, mobile phones, and other digital devices, you will be prone to blue light all the time. There are some methods by which you can reduce blue light exposure.

Try to reduce the time you spend in front of screens and take frequent breaks when using computers so that your eyes can have adequate rest.

Computer glasses are very beneficial in reducing the adverse effects of blue light and digital eye strain. If you use computers for extended periods, it is recommended that you have a pair of computer glasses to protect your eyes.

That it basically covers the full protection of your eyes from the dangers of the blue light.

If you wear eyeglasses or prescription glasses, you can add an anti-reflective coating layer to your lenses. This coating will help you block a bit of the blue light and keep your eyes safe from its harmful effects; our recommendation is to wear glasses designed for protection from blue light (you can have anti-reflective and blue light coating at the same time).

Blue light has both harmful and helpful effects on your body. Although it has a positive side, exposure to blue light should be minimal as the adverse effects are much more severe; you need to take extra care of your eyes and protect them from blue light because blue light can cause many vision-related problems, and in some cases, permanent loss of sight could occur.

To protect your eyes from blue light, you can use blue light eyewear depending upon your usage. At Munnel, you can find blue light lite glasses with a high level of protection when all our products comply with the strict standards of European standards organizations. 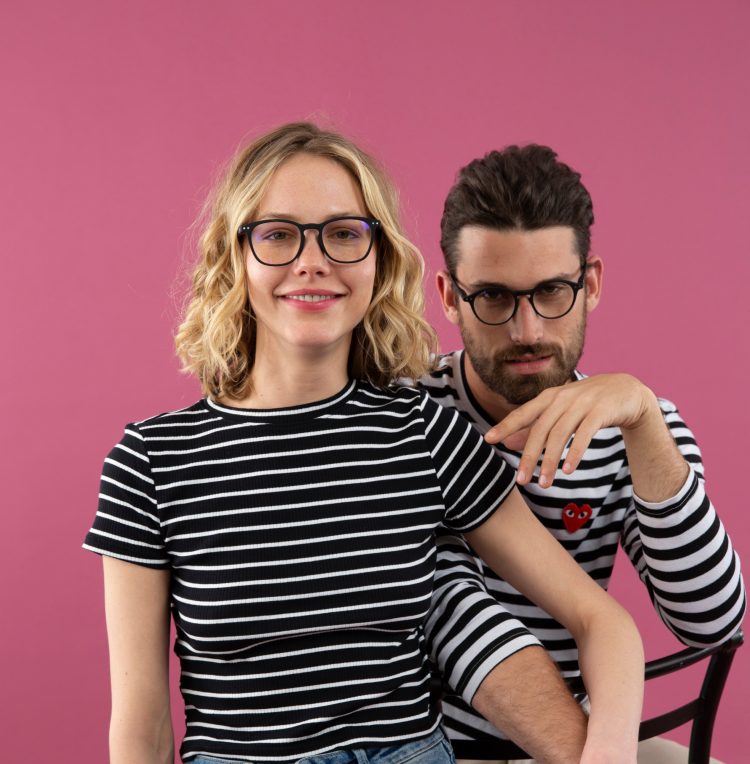 Discover the collection of glasses by Muunel

For mankind, that is often enough. If we can get the vision that we can conquer something, even if it is 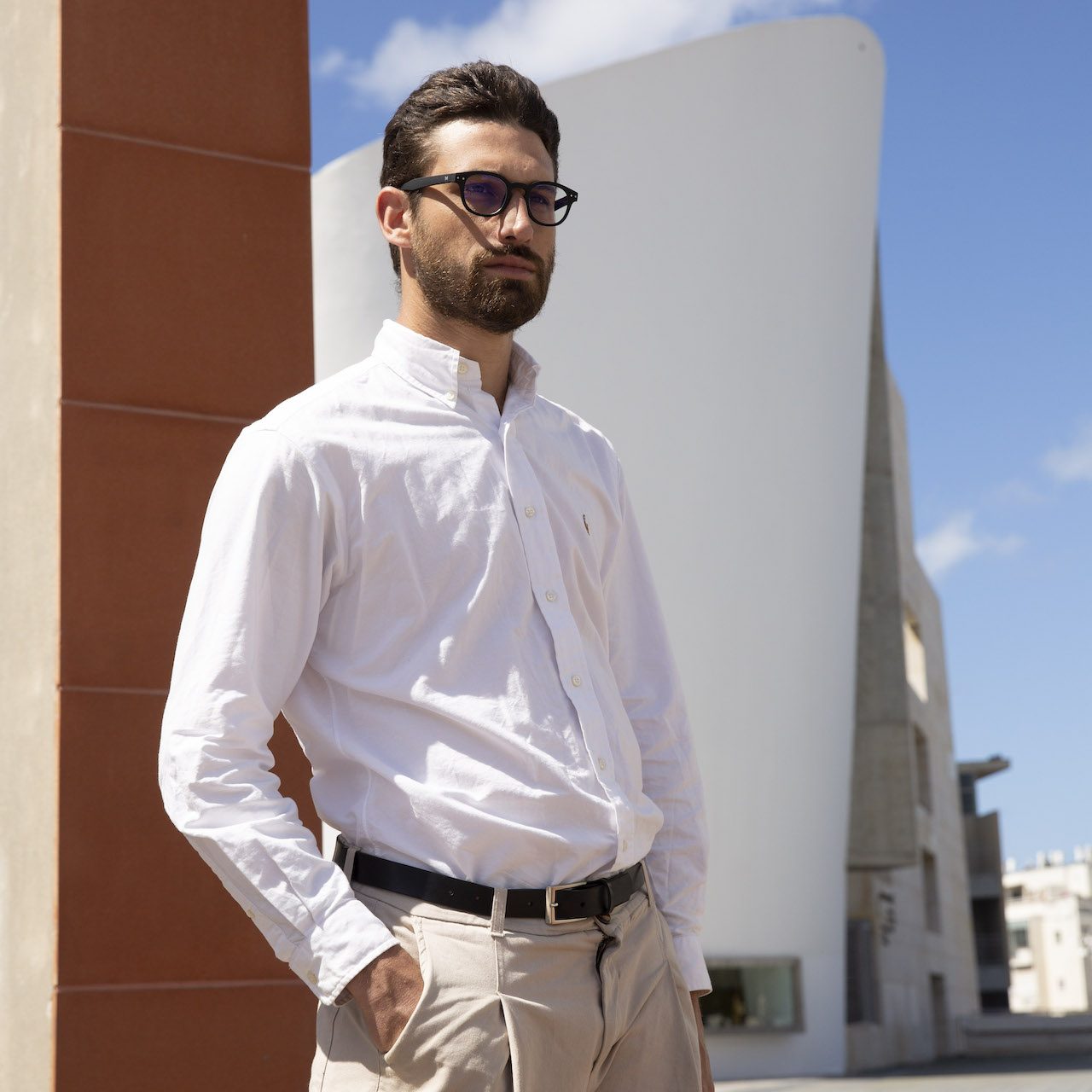 What is Blue Light?

Or login with email